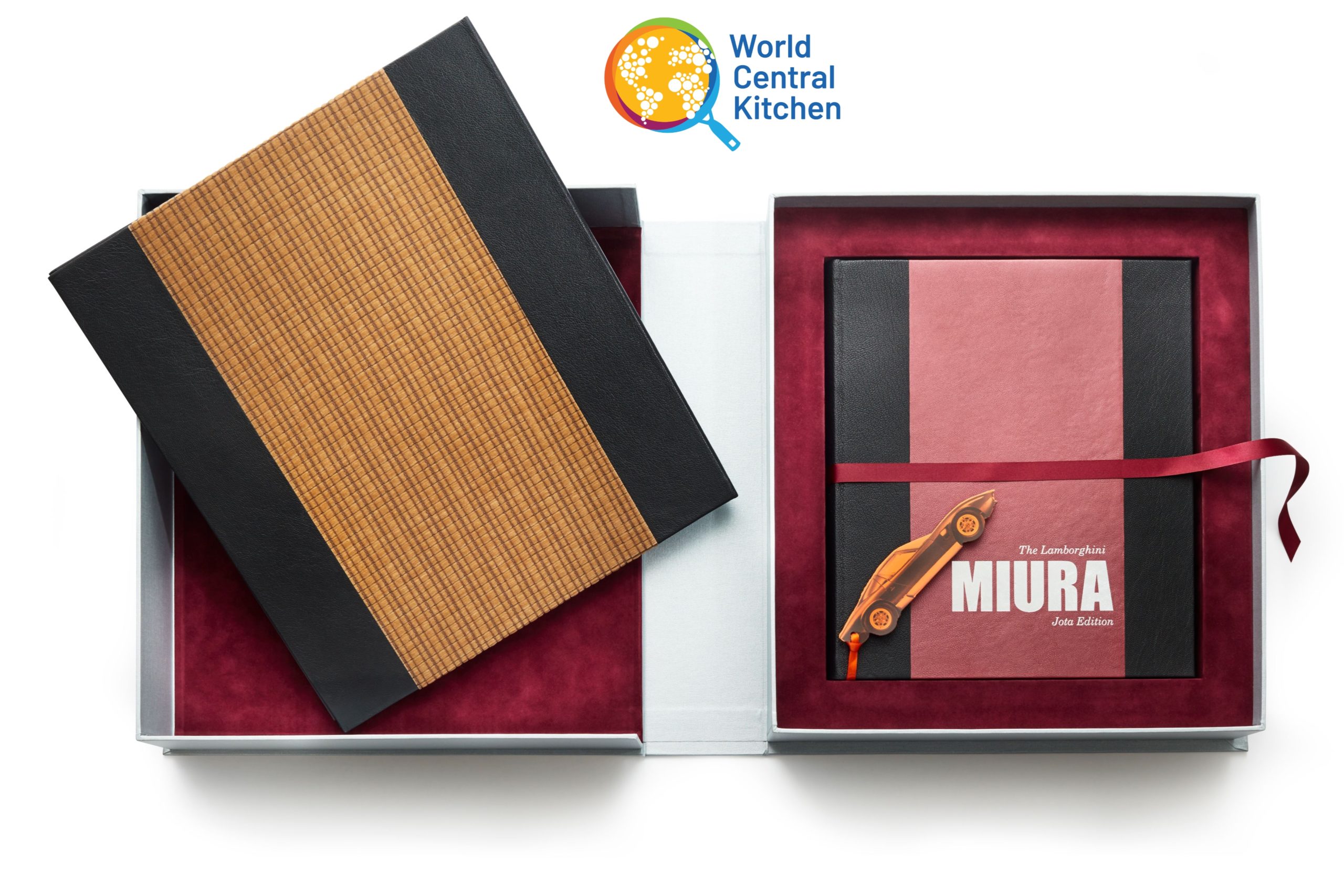 THE 2021 RAC MOTORING BOOK OF THE YEAR

“It all started with a film. Yes, that film. It was almost a decade old by the time a young British student first saw it on movie night at his Swiss boarding school, but the opening scenery was familiar: it was the same road on which his father drove him over the Alps from home in Italy at the beginning of every term, although not in an exotic orange sports car…” – Simon Kidston’s introduction to his new, standard-setting book on the Miura.

Limited to just 762 numbered copies – one for every Miura built – The Lamborghini Miura Book is the most comprehensive work ever completed on the subject, one that tells the story of the world’s first supercar and the men who created, built and sold it.

A companion volume – The Lamborghini Miura Register – lists every Miura built and, drawing on factory, Bertone and private sales archives of senior factory staff in the day, notes its original specification and subsequent history. For the first time, owners and enthusiasts will have access to decades of painstaking research by a crack team of multi-lingual ‘Miura Whisperers’. The Register deciphers period abbreviations, cryptic annotations and mistranscriptions, cross-referencing them with official records and many years of in-depth research to produce a definitive account of every car built.

Comprising over 300 pages,  The Lamborghini Miura Register is now ready for despatch worldwide.

There was only ever one Jota, Bob Wallace’s legendary ‘toy’, the ultimate Miura.

Available to order later this year, the Jota Special Edition of the Lamborghini Miura Book will be no less exciting. Featuring bespoke binding and a host of extras, all Jota Editions will come in a stunning, hand-crafted presentation box true to the spirit of the immortal Jota. Limited to 75 copies, this Edition is now SOLD OUT. Jota Edition #001 is being sold at charity auction ending on Wednesday 16th March at 21:00 CET.